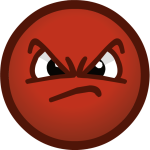 This isn’t about forgiveness. This is about looking at the real cause of your anger. When someone does something that really angers you, ask yourself “Why are you angry?” What is going on with you that you feel so angry about what happened? Had they done that in a different situation, might you not have been angry? So why is it bothering you now?

Here’s an example I experienced a few years back: END_OF_DOCUMENT_TOKEN_TO_BE_REPLACED

No offense to my out-of-town friends but please heed these useful albeit hilarious tips when you come to visit.

Today I gave money to homeless person. If you know me, you know that I don’t give to charity. I’m more of a pull-yourself-up-by-your-bootstraps type of person. So this is very unusual for me. I have been riding the D train for 20 years now. Back in the days, there was a homeless guy drumming beats on an old taped up drum to short cute rhymes (like, Ain’t no joke/Yeah I’m broke – bah dah bah-dah dah bah). I heard him so often that I had his routine memorized. After some while, he had a lady partner drumming with him. At first she did some simple beats, but it wasn’t long before she was doing counter beats to his rhythm. They got really good together.

Of course, as time moved on, I saw less of them until it was years in between sightings. Maybe twice, in the last 7 years have I seen her. I can’t remember the last time I saw him. So it was nice to see/hear her performing on the train tonight, to know that she is alive. And the routine is still the same. When you see someone for that long of time, you can help but have some care for them. My homeless stranger friend. Before she left the train, I gave her a “glad to see you” smile and a dollar. 🙂